You are here: Home / Episodes / When I Stopped Going To Church… Steve Klein 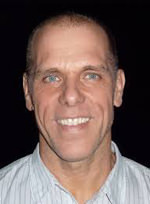 Steve Klein came to Hawaii from Wisconsin as a teen. Hooked on drugs, he experienced a dark presence inside him – it was a turning point. Before that, he was alienated from his family, his attitude sour. The oppression was a demonic influence in him. He realized he’d crossed an invisible line. At the time he scoffed at people who believed in God. But, when he called out to God and the Lord answered, his life began to change. Today Steve is a bi-vocational pastor while working at the local university.

He would testify what Romans 10:13 says, “Everyone who calls on the name of the Lord will be saved.”