You are here: Home / Episodes / The Call From A Phone Booth- Marlene Rice 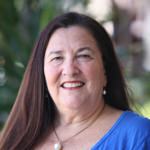 Marlene Rice knows what it’s like to be in ministry (her husband a youth pastor) yet have a child on drugs. She speaks about her son, Daniel. Marlene pleaded for the police to go over and prevent him from committing suicide. The police officer said, “Mrs. Rice, we don’t do that. We can’t go over there.” Marlene told him, “If you had a son, and you called me. As one human being to another, I would go to your son.” Hearing that, the officer said, “OK, I’m gonna go.” He went, talked Daniel down, took the gun, and admitted him to rehab.”

That officer, as Proverbs 17:17 says, was like “a brother (who) is born for adversity.” How would you have responded?